Fun, Freedom, Fortune – All from Failure! 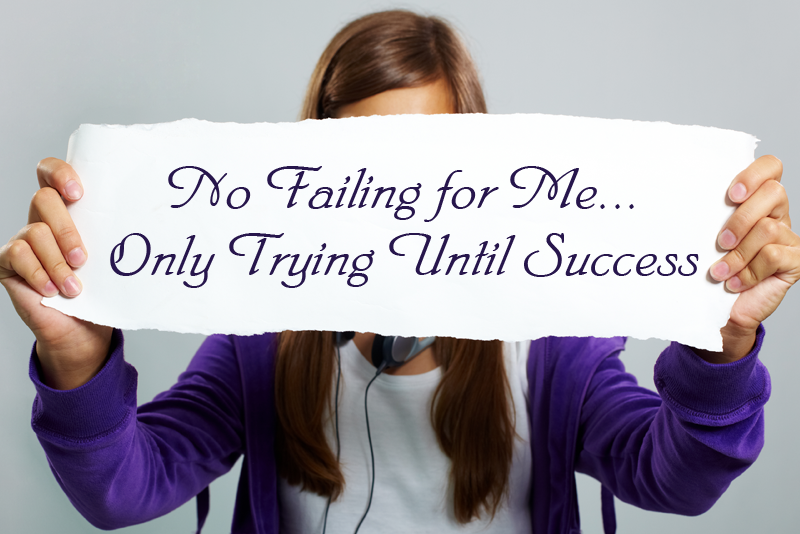 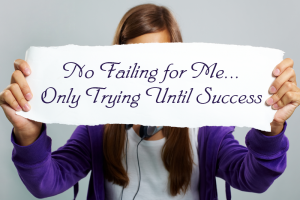 What a great day to be writing about failure! You see it is a day of great success as I am writing on a day that one of my dreams and goals has come true… 12 years in the making! But, yes, let’s talk failure.

Failure is something many of us are afraid of.  It shames us; it stunts us; it brings us down.  It is one of the main reasons why a person doesn’t do something they either want to or even know they should, because, they might have to use those words: “I failed.”   I hated feeling like a failure it scared me more than ghosts or that monster under the bed.  The look on another person’s face, when my perception was that they thought I failed, just made me want to crawl away, to be nothing.

Recently I had 11 hours in a car alone and it was spent listening to two great books; ‘Non-Manipulative Selling: Building Sales Through Trust’ by Tony Alessandra and Phillip Wexler, and ‘Go for No! Yes is the Destination, No is how you get there’ by Richard Fenton and Andrea Waltz.  It was listening to these when I had one of those ‘got hit on the head with a brick’ moments.   The feelings of failure are instilled in us as children.  “Not your parents,” you may be thinking, they told you; you could be a great success!  No, it was in school.  Look at our grading system: A, B, C, D and F!!  How was the ‘F’ presented? Normally in red ink and the word, ‘Fail’ was written out or the letter ‘F’ was circled.  Kids from across the room didn’t need to see the word they just needed to see the color of the ink. We were taught that failing was definitely not the goal.  However, what if it was?

If all the great inventors of the world stopped after trying or failing once, would you have all those gadgets you have now?  Would you have Light? Telephone? Computers? Cars?  We might be living in a different world today. However, the great news is, they didn’t!!   They kept failing until they got to the goal and even then kept going.  Thomas Edison hired more scientist so he could fail faster, that is Genius!  If he can fail proudly, why can’t you?

What if we taught people, starting with our kids, that no attempt at something should be considered failing?  When we attempt something and it doesn’t work out, we just learned a couple of things; that it didn’t work, and we need to try to do it a differently.   I remember a story of my son in 8th grade.  The class was having a hard time with a math formula, he rose his hand and explained to the teacher that doing it another way got them there. Light bulbs went off in the room; kids got it.  You know what happened, the teacher held him after class and told him he was never to do that again.  He came home not understanding and felt discouraged and afraid of sharing ideas.  Now, what if she hadn’t done this and thanked him instead?  How do you think he would have felt? What about the kids who now understood how to get to the goal?  They felt like they were failing until that moment!  What if she had taken the attitude of one way isn’t always the only way? Good news for our son, we encouraged him to continue to help, and he did so, just not her.

There are so many people out in the world who have great ideas, maybe even life changing ideas and then never act on them because they might have to tell people they failed. Is that you?  Stop! Stop today being that person!  Free yourself and say ‘I can, I will, and failure isn’t failing it is finding a new way a different way.It doesn’t matter what it is in your life, just try! It alone is freeing!!   One thing I love about one of my students, Steve Pollak of ComputerXpress, is that when he sees a challenge or has an idea, he then sees the goal or end results in his mind and loves working on the path to get there.  He never looks at anything like a failure; everything is something that can be conquered, we just have to find the way.  He was thinking about and formulating the Google car long before it was even being thought of years ago!  He is blessed because he is not afraid of failing. That word doesn’t exist in his wiring!

Are you ready to ‘fail’?  I hope so!  Don’t be afraid or ashamed, because you don’t have to tell people those words ever again!  Matter of fact let’s redo the school grading system to:

With a great Attitude and Belief that leads to Consistent Determination, your life will be filled with Fun, Freedom, and Fortune!